What’s The Difference Between Sexual Orientation and Gender Identity? 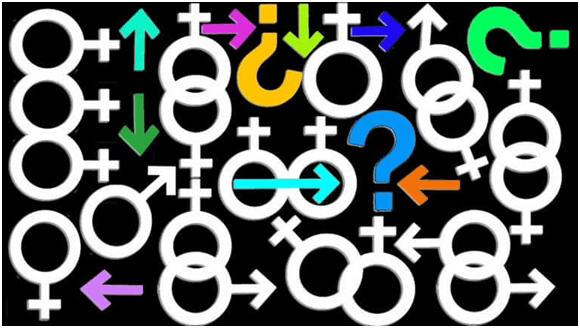 It’s a common question and one that we get asked all the time.

Sexual orientation is who you are physically attracted to men, women, both—you name it! It’s not something that can change. There are only two options: heterosexual or homosexual (though some people prefer not to use that term).

Gender identity is how you feel inside—whether your gender matches what you were assigned at birth. Some people identify as male or female, but others feel like they’re somewhere in between or don’t fit within those two boxes. Some people even identify as non-binary!

If you’re wondering what this means for you, talk to a trusted adult about it and see where they stand on these issues—whether it’s your parents, your doctor, your school counselor… whoever feels comfortable enough to share those feelings with them first.

Sex refers to biological characteristics like chromosomes, hormones, internal reproductive organs, and external genitalia—all of which can be used to determine whether someone is male or female at birth. It’s important to note that sex isn’t always binary: some people have bodies with features that fall outside of “male” or “female,” while others may have bodies that appear more masculine than feminine or vice versa. Still, others may have both male and female characteristics in their bodies—that’s called intersex.

Gender refers to social roles based on cultural expectations about how men and women should behave based on their biology (i.e., masculinity vs. femininity). Gender identity is one’s understanding of being male or female or something else entirely; it’s different for everyone!

Sexuality and gender identity are terms that can confuse people who aren’t familiar with them, so here’s a quick primer.

Sexual Orientation: “sexual orientation” refers to a person’s sexual attraction toward others. People can be attracted to others of the same sex, different sexes, or both sexes. Sexual orientation is also known as “sexual preference.”

Gender Identity: Gender identity is one’s internal sense of whether one identifies as male, female, neither male nor female (genderqueer), or a combination of male and female (bigender). A person’s gender identity may not align with their physical sex characteristics (i.e., the anatomy of their body).

Can Trans People Be Gay?

The short answer is yes, of course. But the long answer is a little more complicated.

First, being gay has nothing to do with your gender identity or expression. It’s not about who you are but who you love (or lust after). So if you’re trans and attracted to someone of the same gender, congratulations—you’re gay! And if two trans people are attracted to each other and want to date, then they are dating not because of their gender identities or expressions but because they like each other as people.

But what if you identify as straight but still feel attracted to people of the same gender? Does that make you bi? Or pansexual? Or just confused? Maybe, maybe not—it depends on how deep your feelings go for that person and whether they’re reciprocated.

In short: If you feel like being with someone of the same gender would make you happy, then go for it! Your happiness comes first—what matters most in life anyway.

For more information about Mental Health Conditions. Visit our Mental Health Library page. To understand and cope with your psychological symptoms, get help from our Top 10 Psychiatrists, Psychologists, and Therapists who are known for providing the best mental health treatment and psychiatry services. To book an appointment please call us at (800) 457-4573 or submit an appointment request.